Celebrating The Legacy Of Marion Barry 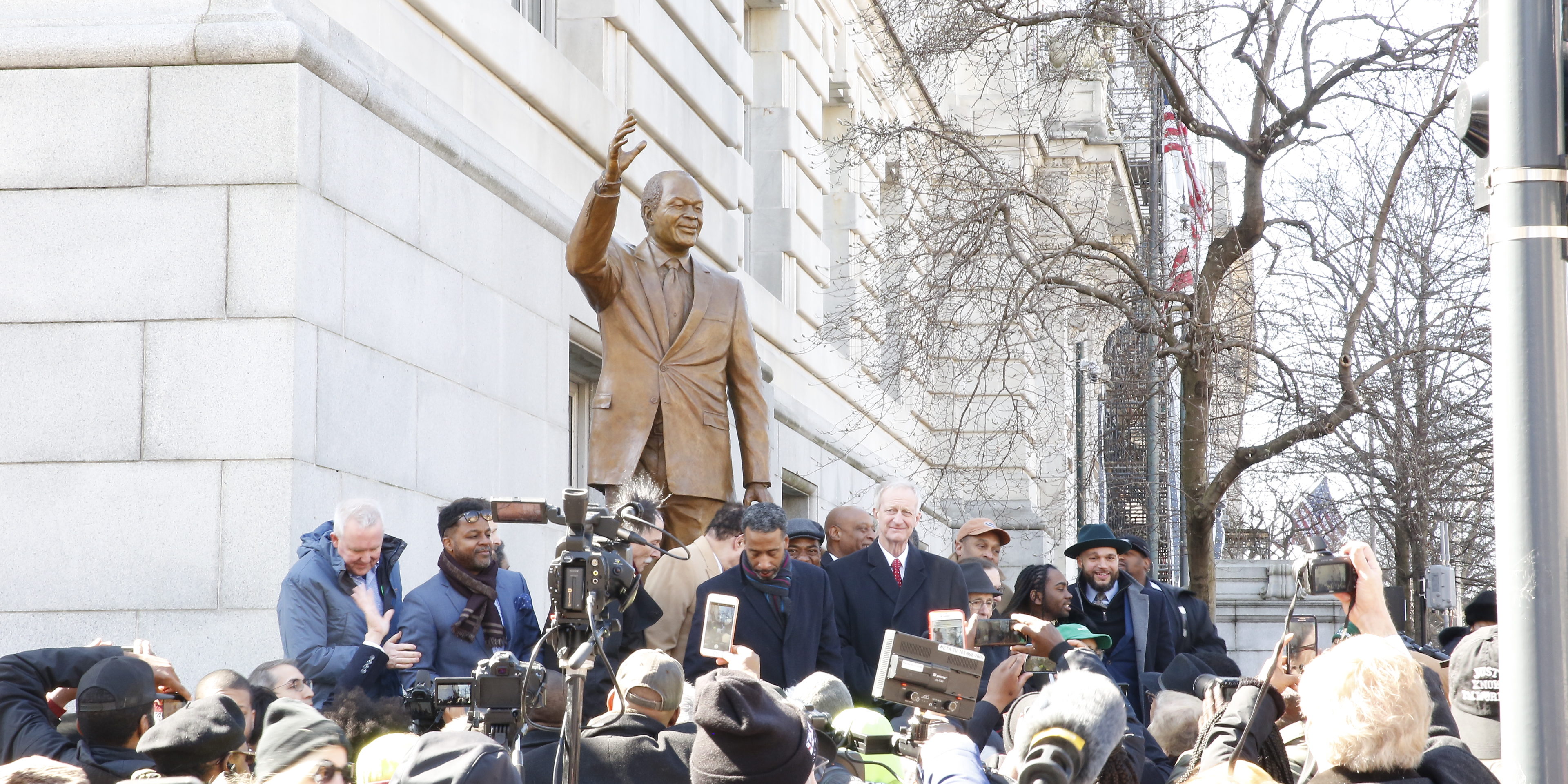 He will now be the Mayor for ETERNITY! Thousands came together at the John A. Wilson Building located at 1350 Pennsylvania Avenue NW to celebrate the life of Mayor Marion Barry, as his statue was unveiled. See the video below and read remarks from Cathy Hughes.

I give thanks and praise to God from Whom all blessings flow. What a privilege and honor to join so many distinguished Washingtonians and my good friend Cora Masters Barry to honor the life and legacy of a former mayor of Washington D.C., Marion Barry! Regretfully, I was unable to attend the dedication ceremony and unveiling of his statue on Pennsylvania Avenue in the nation’s capital on Saturday, March 3, as I was sick with the flu. Donnie Simpson and our Radio One D.C. market stations, however, as well as iOne Digital, our digital media company, participated proudly in the event from its inception.

In a city known for many historical monuments and statues, it is befitting that a statue of one of the District of Columbia’s most impactful citizens now stands among them. Marion Barry was a statesman and champion for our community. Many have benefitted from his work to create jobs, pass legislation to empower black-owned businesses, appoint women to non-traditional government positions and confront the social ills of racism, economic oppression and disenfranchisement. He helped to transform the nation’s capital, and the story of its history cannot be told without recounting the chronicles of his tireless work and contributions. Now, his likeness will also speak of a life well lived in service to Washington D.C. and the African-American community.

We are the purveyors of our legacy and story. It is our responsibility to not only keep the legacy of individuals like Marion Barry alive but also to continue to progress in the areas where they have created space and opportunity. His statue serves as a reminder to each of us, and generations yet to come, that we are an indelible part of the greatness of Washington D.C. because Marion Barry successfully sought to serve and empower his own. Sincere congratulations to all of the individuals who contributed to making this historical day possible.